tl;dr: Trusted hierarchies are important for solving problems under constrained time and resources. Governments have historically provided large-scale trusted hierarchy but the US government has completely botched that role in the coronavirus crisis. We need to ignore the false dichotomy of “government vs decentralized coordination” and create a new temporary trusted hierarchy to coordinate response to the crisis. 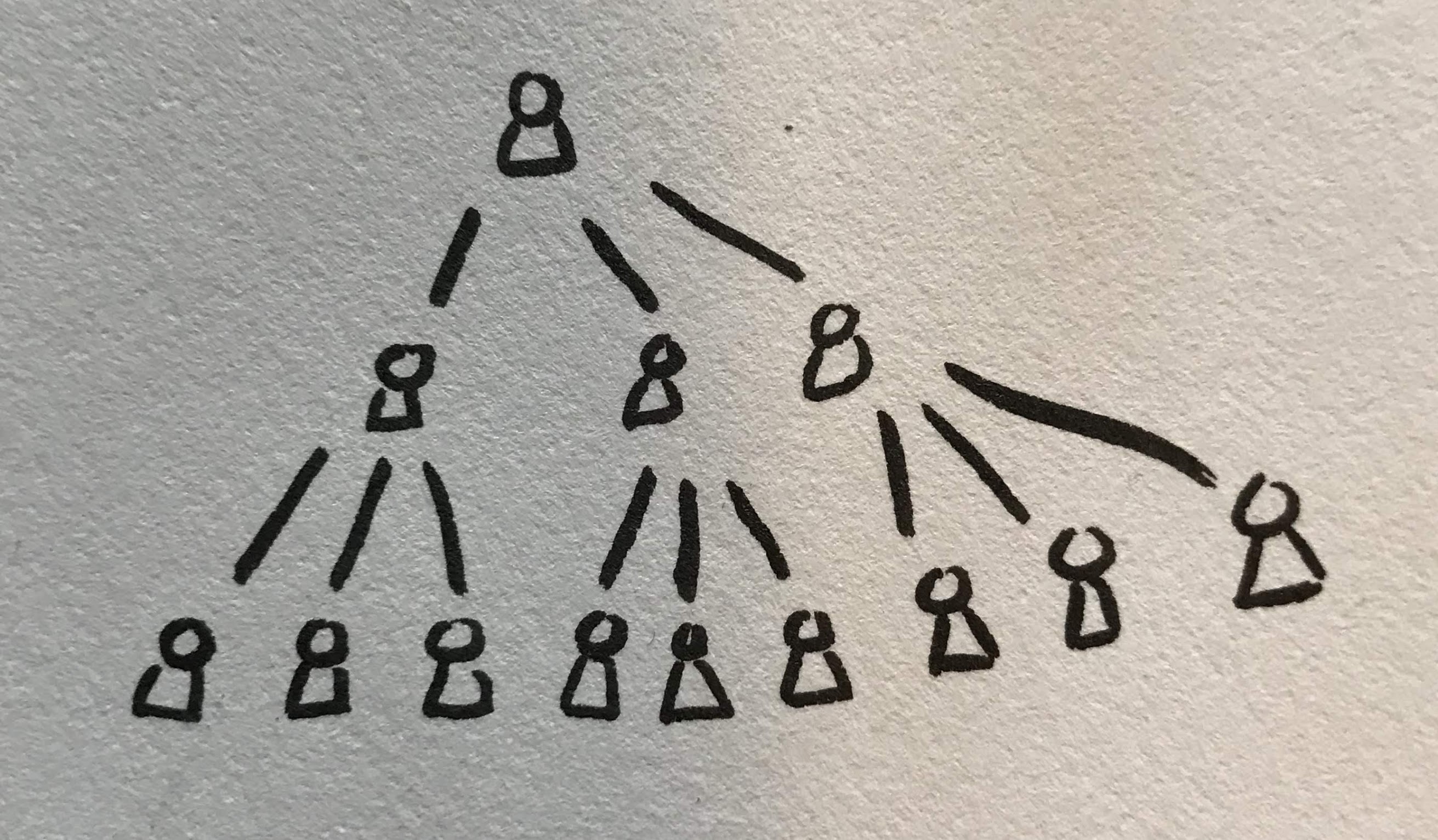 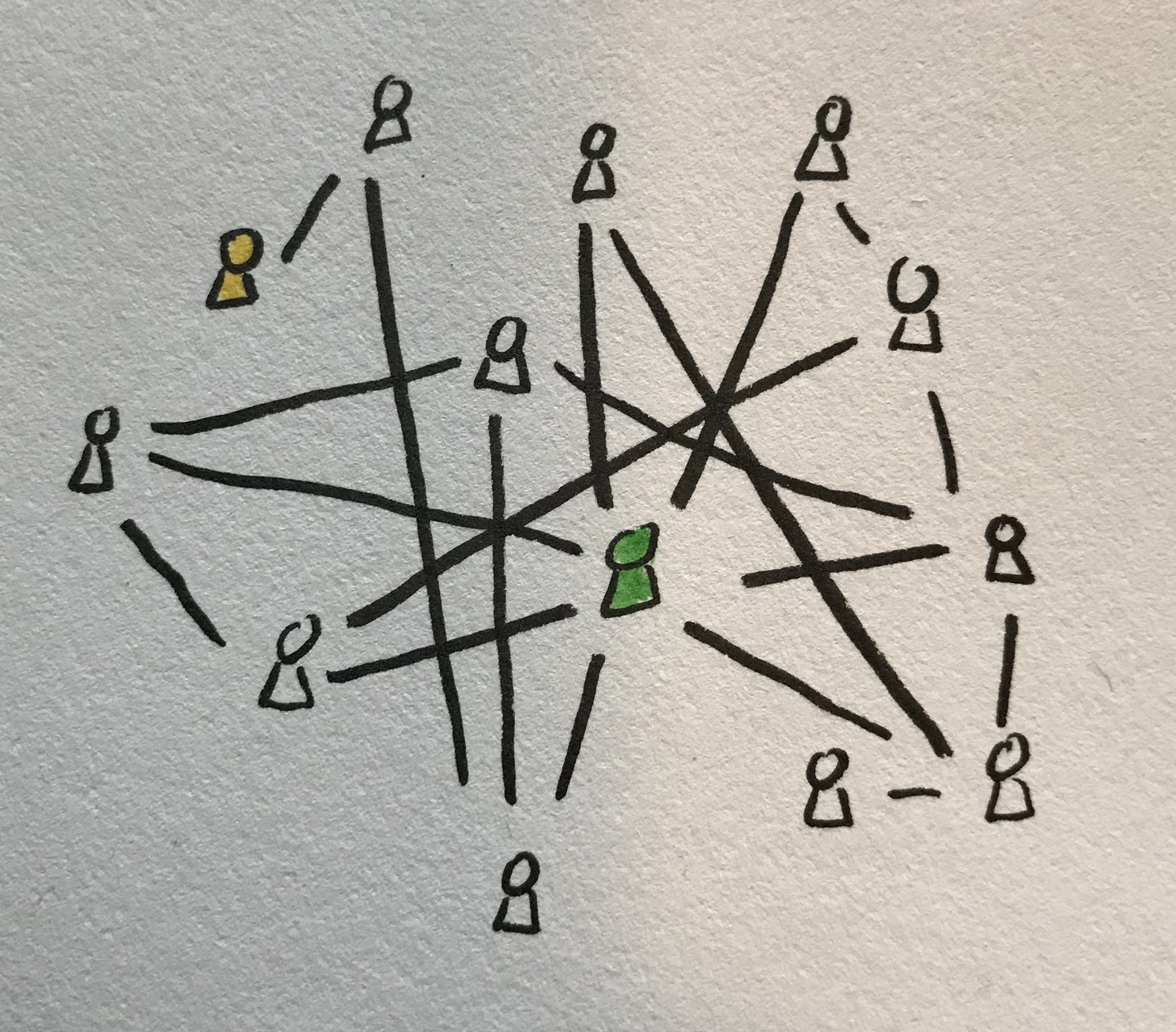 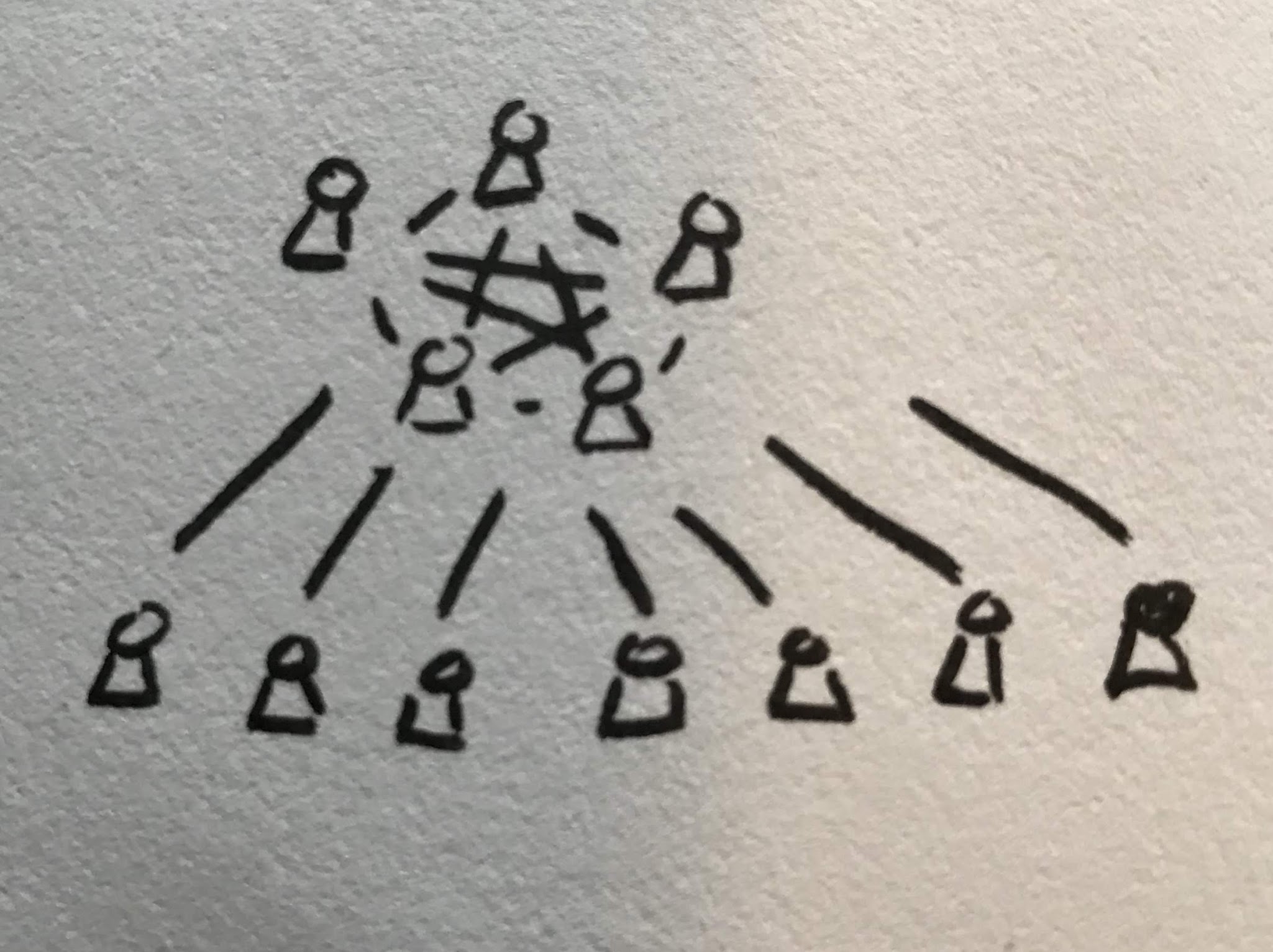 If you have limited time and resources, trusted hierarchies are better for solving problems than decentralized systems

Trusted hierarchies make better use of time and resources because centralized coordination makes sure effort is not being repeated in stupid ways. Of course, centralized coordination sometimes stops effort from being repeated in smart ways, so centralization is not always good. Trusted Hierarchies can still have multiple attempts to solve the same problem - DARPA funds multiple groups to try different approaches, and companies often have multiple teams working in parallel. Mistakes can remain reasonably uncorrelated even if the two groups know about each others’ approaches. A well-functioning hierarchy prevents situations where two groups are doing literally the same work and makes sure that one group knows about something useful the other group has created.

During WWI many groups were trying to build technology to detect submarines. None of these groups knew about each other. Vannevar Bush had a crazy and unsuccessful scheme to use magnets. Only after the war he realized that another group was attempting a much better method. However, that group’s method had a key flaw that Bush had solved in the process of building his own solution. If there was a trusted hierarchy, someone would have made the two groups aware of each other and the two solutions could have been combined.

Many uncorrelated mistakes come from many uncorrelated samples. Logically, uncorrelated samples of an idea space mean that some people’s approaches seem absurd. It would be quite correlated if everybody agreed that an approach was good, wouldn’t it? Even if everybody is working in good faith, it is hard for someone to work on something in a centralized system that the centralizers find absurd. The chances that people are working on the same thing under different constraints is the highest in decentralized systems. By analogy, the same way that Monte Carlo sampling routinely beats human intuition for a sampling distribution, more uncorrelated samples lead to a better exploration of the idea space. This kind of sampling is expensive in time and resources.

Government as the source of trusted hierarchy

The assumption that the government needs to be the source of trusted hierarchy may be a psychological hangover from the 20th century. During World War II the US government successfully provided a trusted hierarchy. The government’s R&D efforts were all in the Office of Scientific and Research and Development (OSRD) which was run by Vannevar Bush who reported directly to FDR. Bush notes several times in his autobiography that FDR trusted him on R&D matters and in turn Bush trusted the people under him to give him accurate analyses that he could pass on to the president. A similar situation happened around the distribution of materials under the Controlled Materials Plan led by Georges Doriot. Arguably, this structure was effective for winning WWII. While many things stopped being part of the hierarchy - the government no longer dictates manufacturing plans - the psychological assumption that the government is the default trusted hierarchy remained. I believe this assumption led to the idea that a response is either centralized by the government or decentralized.

In an ideal situation, anybody who wants to contribute to the response would be able to quickly know the status of each high-level problem (the communication piece) and know how to best direct their efforts (the control piece.)

There are dozens or hundreds of efforts towards each problem on the list. There is no good way to figure out the global status of solutions or where to effectively direct your own effort to help. You have both a lot of people not working on something they should because ‘someone is working on that’ and a lot of duplication.

I am currently part of three discord groups, two slack channels and several WhatsApp groups all dedicated to coordinating people’s efforts. On top that, other coordination is happening on Facebook and Twitter. It takes a lot of bandwidth to pay attention to decentralized efforts.

The control problem and communication problem are coupled. To answer these questions definitively you would need to do one of two things: control the number of projects/rank them by importance so there is a default or control who works on what.

Under normal circumstances it’s often fine to incompletely solve the communication problem and allow markets to work. Controlling options comes with many downsides. However, this is a clear market failure. Lost time here means lost human lives and livelihoods, so efficiency is more important than choice.1

There are dozens and in some cases hundreds of separate efforts towards each item on the list and no good way to figure out the global status of each or where to effectively direct your own effort. You simultaneously have people not working on something they should because of the ‘someone is working on that’ problem and at the same time there’s a lot of effort duplication.

I am currently part of three Discord groups, two Slack channels and several WhatsApp groups all dedicated to helping with the crisis. On top of that, people are coordinating on Facebook and Twitter. There are at least seven different attempting to give an overview of everything that is going on. While they overlap, each includes things that the others do not. If you wanted a vaguely complete overview, you would need to pay attention to each of them. It takes a lot of bandwidth to pay attention to decentralized efforts.

If you buy that we need a centralized response to the coronavirus, that the US government has dropped the ball on coronavirus response, and that government does not need to be the source of a trusted hierarchy, what are the next steps?